NOTE: THIS PAGE HAS BEEN REPLACED WITH A NEW ONE HERE.

For the remainder of the semester, I am reworking my graduate seminar on science and society for the period after spring break to focus on policy, expertise and pandemics. I’ll use this post as a running list of materials that might be included in such a syllabus. Suggestions welcomed.

END_OF_DOCUMENT_TOKEN_TO_BE_REPLACED

The new WMO assessment further reinforces the conclusions of all major assessments of tropical cyclones (including hurricanes) that the the detection and attribution of trends due to human-caused climate change has not been achieved.

Details after the break.

END_OF_DOCUMENT_TOKEN_TO_BE_REPLACED 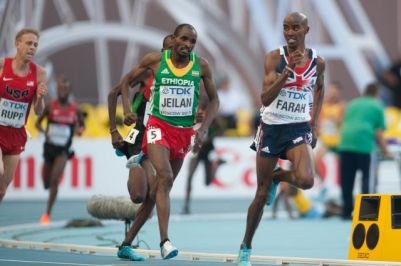 A new paper (Faiss et al. 2020) reports that 15% of male and 22% of female endurance athletes at the 2011 and 2013 IAAF World Championships engaged in “blood doping” — defined as the use of prohibited methods to boost red blood cell amounts. No athletes are identified by name or country in the analysis, and no specific athlete is implicated in this post. However, the aggregate numbers are stunning.

END_OF_DOCUMENT_TOKEN_TO_BE_REPLACED 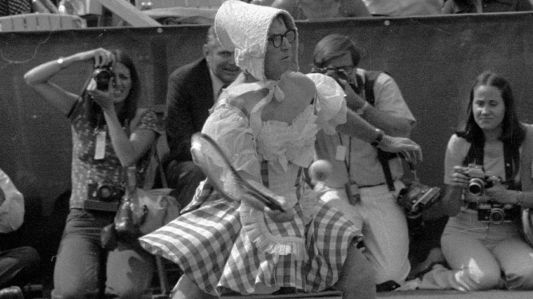 The question posed in the headline is apparently the basis of a theory being advanced by the U.S. Soccer Federation in the lawsuit brought by U.S. Women’s National Team players seeking equal pay. To the extent that this theory is accepted by the courts, it has the potential to reshape all women’s sport in the United States.

From a USSF filing yesterday (emphasis in original):

“To prevail on their motion, Plaintiffs must show, based on the facts when viewed in the light most favorable to U.S. Soccer, that any reasonable juror would conclude that U.S. Soccer intentionally paid Plaintiffs less money that it otherwise would have, simply because they are women.”

One need look no further than page 11 of the filing to see USSF making an argument that women are inherently inferior to men, concluding: “Plaintiffs have cited no case (there is none) suggesting that two jobs requiring materially different levels of strength and speed, where those physical attributes are fundamental to the job, may constitute comparable jobs for [Equal Pay Act] purposes.”

END_OF_DOCUMENT_TOKEN_TO_BE_REPLACED

“Climate change is not the only consequence of the burning of fossil fuels. A study published last week in the journal Cardiovascular Research estimated that in 2015, the deaths of more than 3.6 million people worldwide could have been avoided if air pollution from fossil fuels were reduced to zero.

These numbers are staggering. They equate to about 10,000 deaths per day, every day, under the study’s mean estimates. Excess deaths from fossil fuel air pollution comprises about 40% of all air pollution deaths. The estimates in this new study are about twice as large as past estimates of excess mortality from air pollution.”

The figure above is from a new paper (Lizundia-Loiola et al. 2020) on recent trends in burned area (BA) and active fires (AF) in the Amazon. The caption for the figure reads: “Country anomalies of BAs (solid line) and AFs (dotted line) for the 2001–2019 period (considering only from January to October).”

The press release on the study from the European Space Agency alludes to the stark difference between actual trends and media coverage of fires in 2019:

“Thousands of fires broke out in the Amazon last year – sparking an international media frenzy. A detailed analysis, using data from the European Space Agency’s Climate Change Initiative, indicates that while there was a small increase of fires in 2019 compared to 2018, fires in Brazil were similar to the average annual number of fires detected over the past 18 years.”

The Inquiry on BBC has an absolute excellent documentary on RCP8.5. I am interviewed, along with Chelsea Harvey (E&E News), Justin Ritchie (UBC) and Richard Betts (UKMet).

Listen to it here. 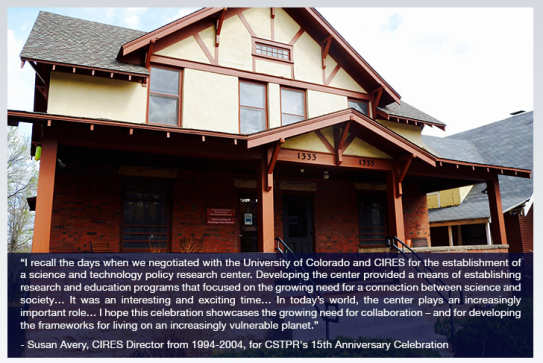 Yesterday we learned that the University of Colorado Boulder has decided to terminate its Center for Science and Technology Policy Research. As the Center’s founding director (and currently a faculty affiliate), I can characterize this decision only as baffling.

END_OF_DOCUMENT_TOKEN_TO_BE_REPLACED

For my collection, another misuse of RCPs makes it into scientific literature and then into headlines in major media. More after the jump …

END_OF_DOCUMENT_TOKEN_TO_BE_REPLACED 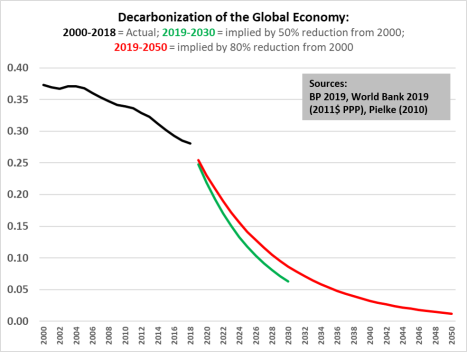 The figure above provides an update (to 2018) on global decarbonization rates (that is, rate of reduction in carbon dioxide emissions from fossil fuels divided by global GDP, in 2011$ PPP).

For details on methods and significance, see The Climate Fix (2010).