UPDATE: CAS has now released an “executive summary” of the judgment, here in PDF. Nothing in that summary alters anything in my analysis below.

The New York Times characterizes the decision as follows: “The highest court in international sports issued a landmark but nuanced ruling on Wednesday that will force female track athletes with elevated levels of testosterone to take suppressants to compete in certain women’s races at major international events like the Olympics.” [Note: According to the NYT the original quote I used was edited out of its story: “] While the bottom line result can certainly be interpreted this way, the decision is not without nuance, complexity, confusion and contradictions. Semenya’s legal team has said that they are considering an appeal.

In this post I will comment on the CAS decision — based on its two-page press release today (PDF) – from the standpoint of scientific integrity, a topic which I’ve discussed related to these regulations for several years, long pre-dating this arbitration proceeding.

As you may know, I was a pro bono expert witness in the proceedings for Semenya. My comments here are my personal views alone. I will comment on further issues when the full decision is made available. I am not  lawyer or a doctor. I have worked on issues surrounding the use and misuse of science in policy making for more than 25 years. As well, I have published peer-reviewed research on the issue of “sex testing” in sport as well as with colleagues on the issues of scientific integrity at play in this case. So with that throat clearing … Today, I have three main reactions. END_OF_DOCUMENT_TOKEN_TO_BE_REPLACED

In the Twitter thread above I explain that that while biological sex is of course real, the quest for a 100% certain biological “sex test” has never succeeded. Sport regulation of gender categories needs to accept this reality. Have a read through if interested. I’m posting her for future sharing. 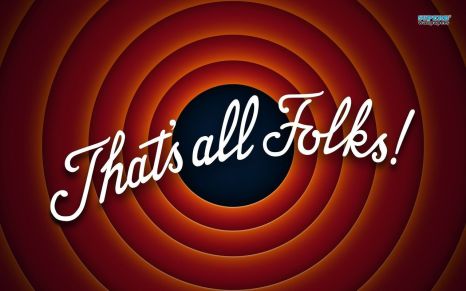 In 2012 we initiated an effort to create an academic unit within the athletics department at the University of Colorado Boulder. Four years later we announced the establishment of the Sports Governance Center. Since then, we have achieved a number of notable successes.

Regrettably, leadership at CU Boulder has decided not to take this innovative program forward. Starting fall, 2019 the activities of the Sports Governance Center will cease.

END_OF_DOCUMENT_TOKEN_TO_BE_REPLACED

ABSTRACT:  The paper updates normalisation of the Insurance Council of Australia’s Disaster List in the light of debate about the contribution of global warming to the rising cost of natural disasters. Normalisation estimates losses from historical events in a common year, here ‘season’ 2017 defined as the 12-month period from 1 July 2017. The number and nominal cost of new residential dwellings are key normalising factors and post-1974 improvements in construction standards in tropical cyclone-prone parts of the country are explicitly allowed for. 94% of the normalised losses arise from weather-related perils – bushfires, tropical cyclones, floods and severe storms – with the 1999 Sydney hailstorm the most costly single event (AUD5.6 billion). When aggregated by season, there is no trend in normalised losses from weather-related perils; in other words, after we normalise for changes we know to have taken place, no residual signal remains to be explained by changes in the occurrence of extreme weather events, regardless of cause. In sum, the rising cost of natural disasters is being driven by where and how we chose to live and with more people living in vulnerable locations with more to lose, natural disasters remain an important problem irrespective of a warming climate.

Extreme precipitation events, which fall into the 99th percentile of daily events, have increased across the contiguous United States since the 1950s in response to rising temperatures. But despite assertions by the climate community that increasing precipitation extremes inevitably lead to higher flood magnitudes, multiple studies have demonstrated that this has not been the case.

In this post I discuss this apparent paradox, which we wrote about 20 years ago, and its relationship to common misrepresentations of climate science. More after the jump.

END_OF_DOCUMENT_TOKEN_TO_BE_REPLACED

The Times (London) yesterday profiled my research on “sex testing” in international athletics. The article is here (paywalled). If you’d like to read my research that was discussed in the article see:

Short version: Pielke, Jr., R. (2016).  Science will never settle the question of sex and gender in sport, The Guardian, 15 August.

I have an op-ed in the Boulder Daily Camera on the search for the new president of the University of Colorado System. The sole candidate is Mark Kennedy and I oppose him getting the job. Read my op-ed here.

As gender definitions shift, how are they shaping sports, politics and language? That and more on this episode of the Brainwaves podcast.https://t.co/hIRsyet32J pic.twitter.com/Kg4W9ZL9NE 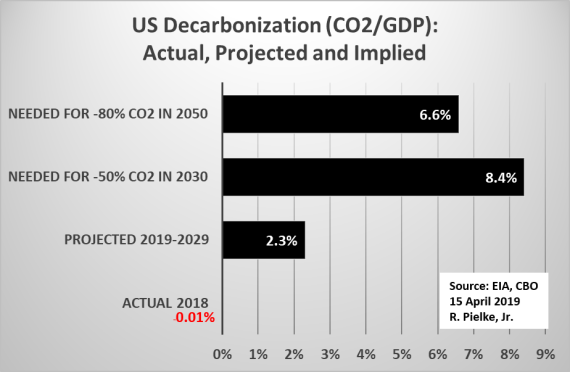 The graph above shows US rates of decarbonization (explained here). It shows:

Bottom line: Any climate policy proposal should be evaluated in terms of what it does to decarbonization rates. Show your math. 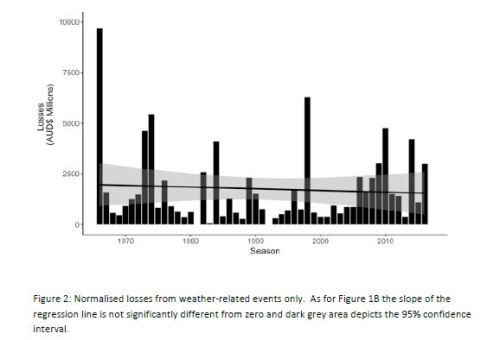 We have just had a new paper accepted for publication:

Here is the bottom line: When aggregated by season, there is also no significant trend in normalised losses. This is also true if only weather-related event losses are considered; in other words, after we normalise weather-related losses for changes that we know to have taken place, no residual signal remains to be explained by changes in the occurrence of extreme weather events, regardless of cause. In sum, the rising cost of natural disasters is being driven by where and how we chose to live and with more people living in vulnerable locations with more to lose, natural disasters will remain an important problem irrespective of a warming climate.

Details after the break …