Some Good News—About Natural Disasters, of All Things 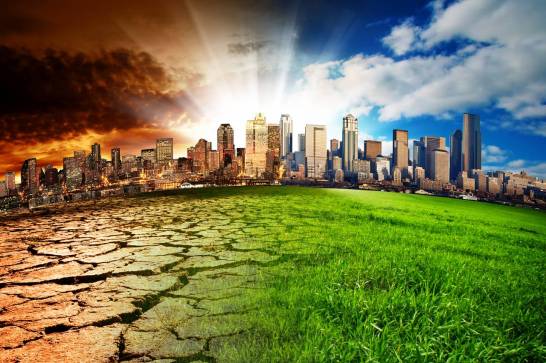 I recently had an op-ed in the WSJ on long-term trends in the human impacts of disasters, measured as loss of life and direct economic damage. There is good news here. You can read the whole piece after the break.

Some Good News—About Natural Disasters, of All Things

In his posthumously published book “Factfulness,” the Swedish statistician Hans Rosling describes a paradox: “The image of a dangerous world has never been broadcast more effectively than it is now, while the world has never been less violent and more safe.” A case in point: natural disasters. The earth will always be volatile, but despite recent fires, volcanoes and hurricanes, humanity currently is experiencing a stretch of good fortune when it comes to disasters.

It’s difficult to be “factful” about disasters—the vivid trauma of each event distracts observers from the long-term decrease in destructiveness. But climate activists make the problem worse by blaming every extreme weather event on human-caused climate change, hoping to scare people into elevated concern.

Disasters certainly continue to cause catastrophic damage across the globe. The annual cost of disasters has doubled since reliable accounting of all events world-wide began in 1990, rising from about $100 billion to $200 billion a year in 2017 dollars.

But it’s deceptive to track disasters primarily in terms of aggregate cost. Since 1990, the global population has increased by more than 2.2 billion, and the global economy has more than doubled in size. This means more lives and wealth are at risk with each successive disaster.

Despite this increased exposure, disasters are claiming fewer lives. Data tracked by Our World in Data shows that from 2007-17, an average of 70,000 people each year were killed by natural disasters. In the decade 50 years earlier, the annual figure was more than 370,000. Seventy thousand is still far too many, but the reduction represents enormous progress.

The decrease in disaster damage isn’t a surprise, because as the world population and economy have grown, the incidence of the most damaging extreme events has hardly changed. The Intergovernmental Panel on Climate Change reported in 2014 that there has been no increase in hurricanes, floods, droughts or tornadoes within the past 30 years. And 2018 is on track to have the lowest losses from disasters as a share of global GDP since 1990.

It is then no surprise that the climate-disaster scare campaign has been ineffective at swaying public opinion. Gallup reported earlier this year that 63% of Americans worried a “great deal” or “fair amount” about climate change—the same level as in 1989, when the question was first posed. But though popular worry hasn’t boiled over, the public debate around climate change has become more politicized, more partisan and less “factful.”

In place of today’s unproductive scare campaign, activists and the media should facilitate debate on the merits of actual climate-policy proposals, such as a carbon tax or improved flood defenses. Carbon dioxide emissions have indeed contributed to a global temperature increase and may yet influence extreme weather, so the public and policy makers must decide the best ways to reduce emissions and increase society’s resilience to extreme weather.

The U.S. has a long way to go in this regard. Last year Hurricanes Harvey, Irma and Maria together caused more than $300 billion of damage. Among other issues, the storms revealed the lack of proper planning and infrastructure in Houston and the unpreparedness of the federal government in Puerto Rico.

Improving resilience to disasters will be easier if it is based on evidence. That means acknowledging both the progress made so far and the risks and vulnerabilities that lie ahead. As Rosling advises: “Factfulness, like a healthy diet and regular exercise, can and should become part of your daily life. . . . You will make better decisions, stay alert to real dangers and possibilities, and avoid being constantly stressed about the wrong things.” It’s good advice.

Mr. Pielke is a professor of environmental studies at the University of Colorado, Boulder. He is author of “The Rightful Place of Science: Disasters and Climate Change” (CSPO, 2018) and “The Climate Fix” (Basic, 2011).